The Vampire Lestat on Broadway 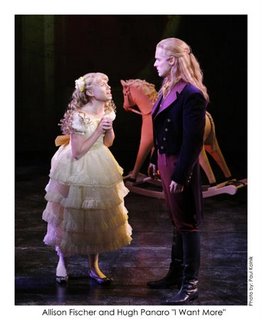 The new Broadway musical Lestat has all the requisite pieces--a sweeping Elton John score, a mountain of poignant source materials, an innovative set and lighting design, and an incredibly talented cast--yet the show is lifeless, and not in a good, I'm going to live forever sort of way.
To be fair, the show's premiere is not until next week, and the creative team is working feverishly to pull all the commensurate parts into the stunning show it should be. Indeed, there is much to be praised about Lestat.

In this small but talent-deep cast, two stars stand head and shoulders above the others in their performances: Carolee Carmello as Gabrielle and Allison Fischer as Claudia. Both combine vocal power and control with convincing character portrayals. It helps that their songs are some of the best in the show. "Crimson Kiss" sung by Gabrielle and Claudia's "I Want More" are absolute show stoppers. Hugo Panaro who plays Lestat has an amazing voice which he uses to great effect in "Sail Away" but Panaro never captures the essence of his character. (More on that later.)


The company also comes together impressively in their ensemble performances. The avant-garde Theatres of the Vampires scene is pitch perfect, and "Welcome to the New World," which musically opens the second act, is the closest the show comes to grand spectacle Broadway patrons adore. The foot stomping beats and swinging dance sequences feel like the 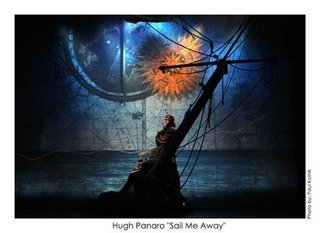 show has finally shifted into high gear, only to down shift again soon after.
Lestat receives high marks for Derek McLane's set and Kenneth Posner's lighting. These veterans of such shows as I Am My Own Wife, Holiday, Wicked, and Dirty Rotten Scoundrels have captured the gothic darkness and delitescent glory of the vampires.


The show's problems, I think, all devolve from Linda Woolverton's book. Originally, Lestat was to encompass the three first books from The Vampire Chronicles--Interview with the Vampire, The Vampire Lestat, and Queen of the Damned. After the San Francisco run, Queen of the Damned was dropped entirely, paring down the show considerably. For Rice neophytes, Woolverton never makes them care about this guy who escapes his tyrannical father only to lose his life to a maniacal vampire. Broadway's Lestat is never as compelling a personality as that captured by Anne Rice's pen.

Ultimately, Lestat never comes together. It lacks a soul, and that is the tragedy. For Anne Rice fans, it is a treat to be savored while it lasts, but I can't imagine that without serious revision many of the uninitiated masses will come to peer in on the world I have come to consider my literary home, that of Anne Rice's vampires.
Performance

Anonymous said…
Jason, I respect your comments on LESTAT. However, I saw it on opening night in New York (April 25th) and frankly thought it was magnificent. As the author of the books, I'm hypersensitive to adaptations, but this one pleased me mightily due to its frank romantic spirit: it compromised on nothing. It presented a full delicious experience of my hero, and if the critics don't shut it down, I think the show will thrill the vast majority of the readers. Of course there are those who will disagree, but I think it's quite a rich and thrilling experience. I could feel the excitement in the audience all during the performance. Maybe you could be persuaded to see the show again? Whatever the case, thank you for taking the time to write about it. Anne Rice, Rancho Mirage, California.
9:13 PM