On this President’s Day in an important election year, it seems appropriate to search out our former executives and consult them about those shared qualities of inspired leadership that has led history to remember them, if not fondly, then at least with a modicum of admiration and respect. A recipe for a successful presidency might be discovered upon close inspection.

The most important ingredient in our presidential mélange is consultation with those who know more. George Washington first demonstrated his willingness to rely the expertise of others during the Revolutionary War, but it was during his presidency that he an example for administrations to come. By appointing both Thomas Jefferson, the leading anti-federalist politician, and Alexander Hamilton, the leading federalist, to his cabinet, Washington secured the services of two of the greatest minds in the revolutionary generation.

Abraham Lincoln would follow Washington’s example, calling to his cabinet his three main rivals for the Republican nomination Salmon Chase, who would run the treasury, Edward Bates, Lincoln’s Attorney General, and William Seward, whose management of the State Department would continue through the Johnson administration. It was a team of rivals, as Doris Kearns Goodwin tells us, and they managed to keep the Union together. When Presidents have chosen to surround themselves with experts and not cronies, the country has benefited from the collective synergy that resulted in creative and innovative solutions to gov 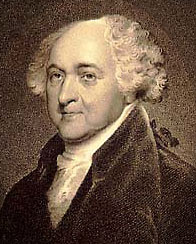 A second ingredient necessary for presidential leadership is the ability to do what is unpopular. John Adams’ greatest accomplishment as president was abiding by Washington’s advice to avoid entanglement in the affairs of Europe. When the XYZ Affair became known throughout the country, an event Adams strenuously tried to prevent, the populous was clamoring for war with their former French allies to restore the honor of the young republic. Adams knew in his heart that open war with the French could not be sustained; it would have quote probably have led to the destruction of the United States. Adams in many ways sacrificed his second term in office to the unpopularity of his decision to stay out of war with France.

A final ingredient to complete the recipe for presidential leadership is audacity, for bold decision made for the good of the country can ensure a presidential legacy and secure the future of the country. Thomas Jefferson’s decision to purchase Louisiana from Napoleon, a decision whose constitutionality even Jefferson himself questioned, was bold as brass. Doubling the size of the new republic, Jefferson’s purchase secured the future of both the nation and the federal government.

When Ronald Reagan warned cold warriors not “to ignore the facts of history and the aggressive impulses of an evil empire,” referring to the Soviet Union, it was seen by supporters of Hen 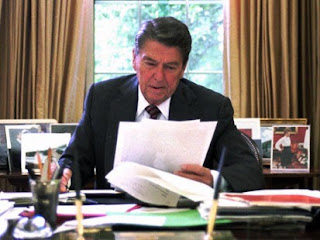 ry Kissinger’s détente policy as rash and reckless. The audacity of Reagan’s challenge resulted in the most important arms negotiations in which the USA and the USSR would ever engage. Ultimately, it would end the Cold War and lead to the downfall of the Soviet empire.

Combine one part consultation with an equal measure of the willingness to be unpopular and sprinkle with a pinch pf audacity. Add to the mix a healthy respect for the Constitution, and you have the recipe for presidential leadership. So during this election year, let us vote our consciences, as each and every voter seeks the candidate who offers the best mix of qualities that define presidential leadership.

On March 4, 1801 John Adams left Washington, DC under cover of darkness to make way to his friend and political opponent Thomas Jefferson. The peaceful transfer of power between the two rival parties was a moment almost unheard of in human history. No matter who is elected as the forty-fourth president of the United States, we have the assurance that our Constitution guarantees a smooth transition into the future.