Posted by Unknown on May 12, 2013
So let me start by saying I have not yet made it to downtown Shanghai; that come tomorrow. I have been in Qinpu districts, all the way at the end of the line of what is really the state of Shanghai. It has really afforded me the opportunity to see how average Chinese people live. These are my thoughts after a day and a half. 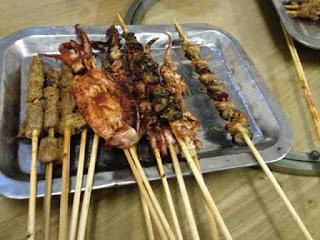 First the food. So far, so good. My first night we walked to an uber local restaurant that was really street food (much of it on a stick) with a few tables inside. It was a perfect start, chicken hearts, octopus, squid, mushrooms, lamb, and other bits grilled to perfection with nice spicy heat. Pork with peanuts and peppers and a fish hot pot completed a fun evening with my friends Lloyd, Bruce, and Wendy.

Woke up at 3 am after and early turn in, so I spent my time finding holes in the Great Firewall of Chine with my VPN service, which allowed me to find Facebook and the BBC among other blocked sites. Bruce kindly took my to Our Lady of China Church at She Shan. It is a pretty mountaintop church with what should be a great view of the area, but alas the miasma (fog or smog, I know not) made that impossible. May is a pilgrimage time for this church, and people come from all over China by the bus load to pray the stations of the cross laid out on the hill side in a bamboo grove and attend Mass. I have never seen a church so packed, with people crammed into the wiles while altar servers paraded around throughout with signs reminded people to be quiet. The signs were less than effective, but the singing of the congregation and devotion of these Catholics in a communist country was worth the climb and the lack of personal space. 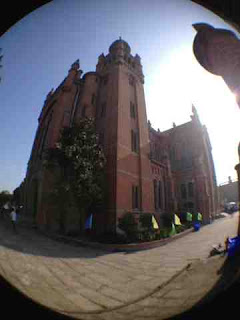 A note on driving. It would seem that traffic laws here in China are but advisory. Cars will go anywhere, at any time. Drivers honk constantly, namely telling others on the road to get out of the way, even if those others are quietly minding their business. Motor scooters and electric bikes rule the roads, complicating everything even further. Tonight after dinner the taxi driver drove up the curb separated bike-only lane in order to avoid making a u-turn. Friends Sammy and Wesley who took us to visit Zhujiajiao, could not stay because on the way to pick us up, their car was struck by an uninsured truck driver who was flying through a blind intersection.

We rounded out the day, as mentioned, at Zhujiajiao an ancient water city built on a series of canals during the Ming dynasty (about 500 years ago). Renovated and filled with restaurants and little shops, it was an echo of Venice without the grandeur. Like Venice though, it seems to owe its continued existence to tourism, as its narrow paths and thirty-six stone bridges are filled with jostling tourists seeking out tasty treats, jade beads, and hand carved wooden puzzles and others objects. I did enjoy visiting the Taoist Temple of the Town God and the Buddhist Temple as well. (That's a religious trifecta by the way.) 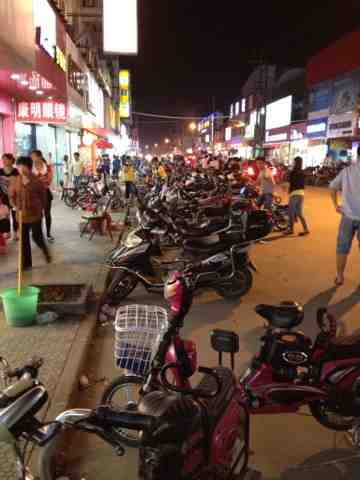 A couple of last thoughts to close. First, construction is the name of the game in China today. Every where you go in this area, something is being built, much of it housing. Interestingly, there is a real question of who all this construction is for, but it certainly is a great government jobs program. Second, I want to know why American companies are making way cooler snack items for the Chinese market that are not available at home. I picked up strawberry Oreos, birthday cake Oreos, hot pot and lobster flavored Lay's potato chips, and there was much more. I guess a market of over a billion and a half potential customers has its advantages. 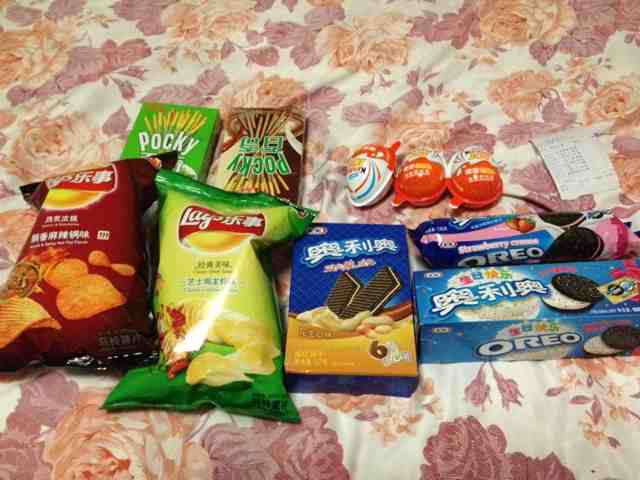