On my own in Shanghai 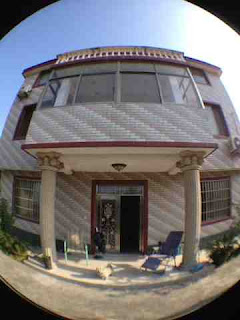 I think today's post will be brief. Long days of exploration and travel in and out of downtown are starting to take their toll. Did I mention that it has been in the 90s since I arrived? Normally May is gorgeous spring weather; this year, just for me, they decided to skip spring and go directly to the dog days of summer. It feels like Florida in August. Ok, that unfair. Nothing feels like Florida in August, except maybe hell. Below is the house in Qingpu where I am staying.

Bruce and I went to the train station first thing in the morning (a journey that meant a mile walk to the bus and a half hour ride to the Metro, then one stop to the train station) where I sorted out my travel to Beijing for Thursday, when I will take one of China's famous bullet trains traveling over 200 mph. From that point forward, I was on my own until lunch.  I thought it was important to explore Shanghai without a native speaker to sort out all the difficulties. Bruce and Wendy have been great, but I need to know that even in a place where I have no discernible language skills, I can still make my way. Bruce did write out the names of the places I planned to visit for the morning, just in case. 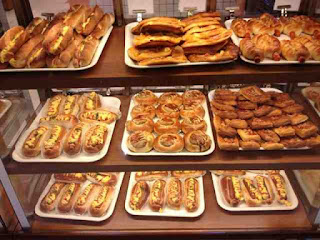 BTW, my luck continues to hold as I found seats on the bus and Metro all day. My first journey was to Jing'an Temple, know as Shanghai's richest temple, it is still in the midst of a major renovation. It is magnificent, and I apologize for not having a picture. (I was so busy taking photos with the Canon, I forgot to grab one for the blog with the iPhone.) Suffice it to say the temple is monumental in scale, with gilt roofing and lions and the Buddha is massive. In fact, the ancient Greeks' statue of Zeus came to mind immediately. The courtyard was filled with supplicants burning incense who then approached the Buddha himself. The temple itself sits in the middle of a very busy business district that has grown up around it. 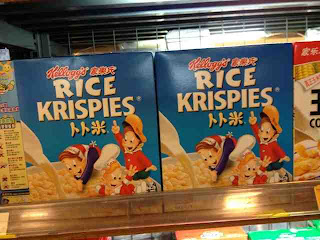 On my way down to the Metro, I happened upon a lovely upscale grocery store that could give Wegman's a run for their money. They had French macaroons, and strange individually vacuum-packed shrimp  and other odd bits and bobs (I imagine I should return for stocking stuffers), as well as a bakery with croissants and Danish. Weirdest, might have been the curry donut I purchased. I thought I was getting a sweet curried cement a valise or something. Oh no, this was a curried meat of some sort, in a sweet pastry. Needless to say, I was shocked! The sugar toast and Vienna sausage were tasty snacks though, and the store was filled with more American products for the Chinese market. 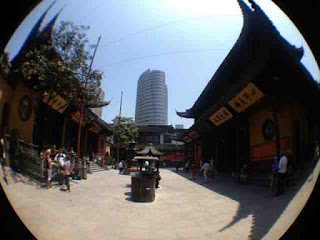 Next was the Jade Buddha Temple, a very different experience. Much poorer and just getting ready for its major renovation, the Jade Buddha is the center of attention here. Brought from Burma a long time ago, it was originally one of five. Unfortunately, you are not able to approach the Jade Buddha, and when I was there it was blocked by a gaggle of temple workers that made it impossible to even look in from the doorway. I did catch a glimpse, and it is beautiful, but the experience was a bit disappointing. I did purchase a set of mahogany prayer beads that double as a bracelet that are very popular in China. 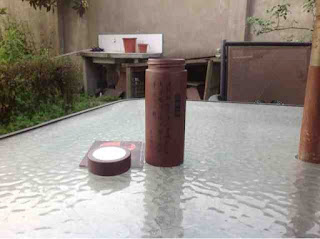 For lunch I met Lloyd in Xintiandi, a high end collections of shops and restaurants set in renovated housing known a shikumen. We were joined at lunch by his student Sammy, who was supposed to join us for the outing to Zhujiajiao but for the crazy run away truck that hit her. Her husband Wesley was unable to join us as he works more than an hour from downtown. We had a wonderful time talking about favorite places we have traveled, including Barcelona and Venice, Seattle and San Francisco. Sammy and Wesley are planning a trip to the the US, and I hope they opt to venture to the East Coast. She presented me with a gift, the clay thermos above, which is famous in China for its properties to make tea even mor wonderful. I look forward to using it.

After our extended lunch (a salad and smoothie I might add, as I was in desperate need of some vegetables, Lloyd and I visits the Memorial of the Founding of the Chinese Communist Party, which took place in a house here in Shanghai. Mao was very young then, as it was the mid-1920s, but even then he was the force behind the Party. From there we ventured to visit the former resident of Soong Ching Ling, wife of Dr. Sun Yet-sen, founder of the Chinese Republic, and honorary member of the government of the People's Republic of China. With her sisters, Soong Ai-ling (married to the wealthiest man in China) and Mei-ling (married to Nationalist leader Cheng Kai-shek), Soong Ching-ling was part of the most important and powerful female triumvirate in Chinese history. Chairman Mao described them thusly: "One loved money, one loved power, and one loved her country" 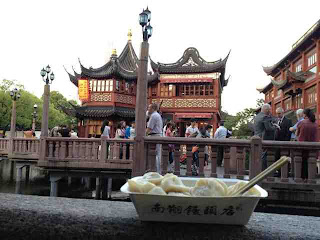 Afterwards, I returned to the Yu Yuan Bazaar to do a little shopping (I found two gifts, which wasn't bad) and sampled the famous steamed buns from Nanxiang, next to the tea house on the koi pond with the zig zag bridge. This restaurant was founded over a century ago during the late Qing dynasty. They are famous for their version of xialongbao, the soup dumplings. Theirs are made with pork and crab meat, and you get something like a dozen for 20 RMB, about $3 and change. The line is excruciatingly long, but moves quickly and is definitely worth trying. Of course, I was amazed and people who complained on Fur Square about the wait for a $3 meal. People suck.

Tomorrow (or today as I write this), the dumping tour with Untour Sanghai!